Fruit of the Nerves

So I had to pick up a few things the other day. Toothpaste, socks, underwear, toilet paper, and laundry detergent to name a few. I decided to stop at Zellers* and get everything in one store.

I've been living as a woman for half a year now, but for some reason buying panties is still pretty frightening. I made sure I had everything else I needed first before I reluctantly, nervously, walked into that section. Wouldn't you know it there was some kid stocking the shelves right where I wanted to be, so I was doubly-nervous. I had done all the rest of my shopping already though, and I wasn't about to lurk nearby for who knows how long until he was gone, so I just decided to just do it. Unlike with men's underwear, women have an amazing amount of choice. I am used to walking to the underwear rack and grabbing the predominant large white boxers and I am done in 3 seconds, but now in just a quick glance I saw that no two pair are alike. I scanned the options: 'panties', 'briefs', 'panty briefs', 'hipster', 'bikini', 'high-cut', 'boy brief'... the list goes on. Even after determining the style there is the color to worry about! Well, with all these options I knew I'd have to seriously think about which kind to get, so despite the stockboy's presence I wandered in for a closer inspection. A few minutes later I was looking at the thongs. To be honest, I don't know why I was contemplating getting a thong. Maybe it is because I have quite fond memories of uncovering them under much different circumstances, but whatever the reason I soon had a package in my hand. I snuck it underneath the other stuff I was buying and took it all up to the counter.

The store seemed kinda busy, yet there was only one cashier working. Luckily there was only one customer in line and she was already paying. How often does that happen? Not only that but I pulled in behind her only to have 5 or 6 people line up behind me within the next few seconds. Lucky me! Well soon it was my turn, and I watched as the cashier scanned each item one by one until she revealed the thongs at the bottom of the pile. I quickly glanced over the facial expressions of everyone nearby and nobody seemed to care. She swooped the thongs across the laser... nothing. She did it again, and again, but no luck. Then she saw that the UPC was torn. She tried to push the tear together and she scanned it a few more times. I felt a little embarrassed at how long this was taking and I looked at the line again. Each person was looking a little impatient and was now watching her scan them over and over again. Great, the last thing I wanted was to have attention on me, let alone attention on my panties! Well then it happened - she picked up the phone and held it to her head. Note I said 'phone' and not 'megaphone'. Had she gone to pick up a megaphone I would have stopped her right there, but little did I know that in the world of Zellers a phone and a megaphone are the same damn thing! Next thing I know I, and every shopper in the entire store, heard "Can I get a code on a 3 pack of ladies' thongs?"

I couldn't believe it! I was so nervous about this to begin with, how is it possible this actually happened? I looked at the line and to my relief nobody was looking at my thongs anymore... but to my horror they were all looking at ME. My mouth turned dry and gaped open as the blood surged into my face. I tried to play unconcerned as I quickly looked at some neutral point on the wall and after a few seconds I started to calm down... then I heard the megaphone say, "...a 3 pack of pink flowery ladies' thongs." 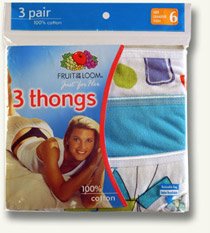 * Last time I was at Zellers I was standing next to this little kid and his mom. The kids says "Are there any other Zellers's we can go to?"
The mom said "Two of these stores is still called Zellers, not Zellers's".
The kid instantly replied with "Oh yeah? So are we in a 'Zeller' right now??"
Posted by Sarah J M at 1:25 PM

That's exactly how I felt when they opened my luggage at the airport when I was in boy mode, and they let anyone passing by look inside it yet.

Despite time standing still, somehow you just get through these situations. Actually after a few minutes I didn't care anymore - if someone has a problem with me being transgendered I'm not ashamed and won't apologize for it.

That patdown sure hurt when he patted in the breast area - loved the look on his face too lol.
Debbie

That is hillarious but believe it or not it happens to non transgenders as well and is very much just as embarassing. Just be glad it wasn't some sort of feminine napkin or something.
You just have to grin and bear it and keep your head up, people buy these things all the time or else they wouldn't be selling them.

Well I can assure you that this is one of those things that all women go through, it is like a sick right of passage. I was in Walmart buying a thong the other day. And so this was embarrassing in itself BUT thought I should bite the bullet and just do it. And so I go to the shortest line and put my stuff on the counter, in the same way that you explained. Only the thing was that as I get it on the counter I realize that my big boss is in line right in front of me. I figure though that by the time the clerk rings this through, he'll be long gone, that all will be fine. As she rings my stuff through he decides to stand there and talk to me, not a good thing. I didn't even know we had established ourselves as "chatty" friends. Anyways, so all is going well, she rings it through, all is fine right? WRONG!! She then picks it up, holds it over her head and decides that she should loudly declare "whoa there, not sure what the point is in wearing anything if this is all you are putting on!" So as she holds my nice red, lacy thong up for all to see, my boss is suddenly at a loss for words and instead turns an unsightly shade of red, somewhat similar to both my face and my nice red g-string. I am still avoiding him and am just waiting to see if there is "anythong" he wants to talk to me about!

Deanne, that story is hilarious