My bike is an old friend. I bought it on Feb 19th, 1991 for almost $2000. Back then this was a stupid amount to spend on a bike, and several people expressed to me their opinions on overspending but I have to say that 16 years later I still have no intention of getting a new one. A few years ago though I almost had to. I noticed a crack in the frame. I thought it might not last one solid bump in the road so I stopped riding it and eventually I reluctantly went to the bike store to order a new bike.

In 1985 I got my first mountain bike - a Rocky Mountain Fat City Flyer. A few years after that both Eric and I each rode around on a Rocky Mountain Fusion and then, like I said, in 1991 I got the Rocky Mountain Blizzard. So when it came to deciding on a new bike I knew what company it would be from. I went to the website and I decided my new bike should be a Hammer. Both the Hammer and Blizzard are steel frames with similar geometry(fig 1), but not only was the Hammer much more affordable, but for some reason they only sell Blizzard frames - without components(fig 2). The site told me that the new Hammers came in exactly the same size as my Blizzard, but instead of white I'd have to settle for black. 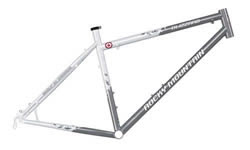 Figure 2: No components on new Blizzards!

Having picked my new bike I went down to Doug's Spoke-n-Sport to buy it. I was greeted by an overly happy man who seemed overly pleased to meet me. I told him that I was looking for a black Rocky Mountain Hammer with an 18.5 inch frame. The guy paused and nodded and said that he had a red Hammer with a 21 inch frame in the store and asked if I wanted to see it. I said sure.

It looked nice enough, but it wasn't exactly what I wanted. I reiterated that I wanted it in black and with a smaller frame. Instead of going to the counter and ordering it for me, he just kept pushing the one in the showroom. I explained to him that for $1200, I wanted exactly what I wanted - not something kinda close. He didn't seem to hear me and he walked the bike outside for me to test ride it.

Well, even though I knew I wasn't buying this bike, I wanted to try out the shifters so I rode it around the parking lot. When I brought it back in he was ready to write up the bill of sale. His ever-present smile was constant as ever, but his expression did droop a little when I said I needed to think about it and I said goodbye. I didn't really need to think at all, I was just hoping to come back on the weekend and hopefully get a different salesman.

I wasn't feeling satisfied with my trip to the bike shop, so I went to The Bike Doctor on Main St. They didn't sell Rocky Mountain bikes, so when some guy asked if he could help me I asked him about the possibility of getting my old bike fixed. By the end of the day my bike was in the shop scheduled to have the frame welded and painted and all components and cabling replaced. It turned out that all this would only cost $900 and I'd not only save $300, but I'd not have to struggle with the salesman.

It didn't take long. Two weeks later my bike was finished and it was perfect(fig 3). There was only one thing that I couldn't do at The Bike Doctor. Since they were not a Rocky Mountain dealer, they could not order new decals or sell me any official handlebar grips. I had already called to order the decals, but I had seen the grips for sale in Spoke-n-Sport so I just popped in to pick them up myself. The eager salesman was there again and his face lit up with delight when I walked in. He greeted me with some comment about me not being able to stay away and asked if he should wheel out the bike for me. I said, "actually I went to The Bike Doctor, they're helping me out. I just need some handlebar grips." His smile disappeared completely, telling me that he finally heard what I was saying. 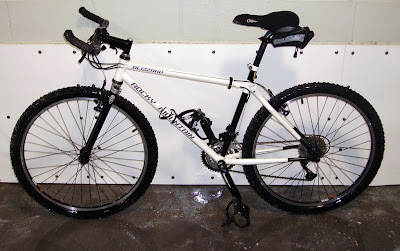 What kind of derailers and shifters did you get?

I posted your answer above

Thanks.... looks very Good I Have Deore hollowtech cranks

I think they just wanted to get rid of the one in the store.